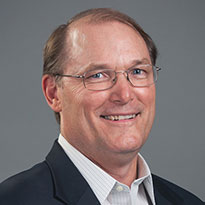 Steve Cameron, president and founder of Foremost Companies has more than 25 years of experience in California real estate development and has been closely involved in every aspect of the residential real estate industry from financing and acquisition to the sales and marketing of new homes. Prior to forming Foremost Companies, Cameron was the chief operating officer of Fieldstone Communities, a private residential builder of more than 20,000 homes. Cameron had been associated with The Fieldstone Group of Companies since 1990. Before Fieldstone, he worked at Continental Bank in Chicago in the bank’s real estate capital markets group. Cameron is well known and respected in the local building industry, where he has developed a strong reputation for integrity and community involvement. He is a past president of the Orange County Chapter of the Building Industry Association and has served on the board of directors for several non-profit organizations. He earned a bachelor’s degree at Hope College in Holland, Michigan, and a Master of Business Administration at the Kellogg Graduate School of Management at Northwestern University, Evanston, Illinois. Cameron lives in San Juan Capistrano with his wife, Suzanne, and their five children. 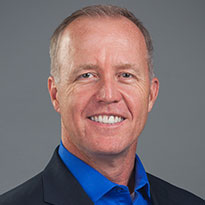 Michael Canfield, senior vice president of land acquisitions at Foremost Companies has been involved in major real estate transactions in California and nationally for more than 15 years.

Prior to his arrival at Foremost in May 2008, he led the Acquisitions division at SunCal Companies, where he oversaw transactions bringing more than 100,000 lots into the portfolio of one of California’s largest residential land developers. During his six-year tenure at SunCal, Canfield helped guide the company through a period of growth that saw its holdings go from 10 communities to nearly 80 communities.

Prior to Canfield’s work there, he spent four years as a land acquisition manager for Toll Brothers, Inc. Canfield has also worked on the public-sector side of development in city planning and administration.

At Foremost, Canfield is the lead executive responsible for identifying development properties in key markets expected to drive the company’s growth. He negotiates and underwrites new acquisitions, manages the company’s due diligence efforts, participates in forward planning efforts and manages the marketing and disposition process. Canfield is also the point person in coordinating acquisition strategy with Foremost’s principal investment partners.

Canfield holds a law degree from the University of California, Hastings College of Law and is a member of the State Bar of California. He has a bachelor’s degree in public administration with a minor in business economics from California State University, Long Beach. He is a veteran of the U.S. Army Airborne Infantry.

Canfield lives in Yorba Linda with his wife, Tania, and two daughters. His son works in Chicago. 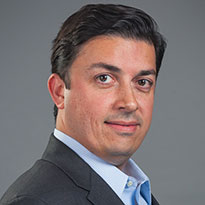 Rush Stanisai, senior vice president of finance at Foremost Companies, has an exceptional track record of strategic organizational leadership, execution experience in acquisitions of residential and commercial real estate as well as debt and equity structuring in both institutional and entrepreneurial environments.

Stanisai is responsible for the company’s capital sourcing, including negotiating and managing equity and debt relationships with institutional funds, traditional banks and high-net-worth investors. Stanisai is also instrumental in negotiating development agreements with both public and private entities as well as securing Community Facilities District financing for infrastructure improvements. Other responsibilities include underwriting, negotiating and structuring new residential and commercial real estate ventures.

Prior to joining Foremost Companies, Stanisai served as finance manager for Lennar Homes of California, Inc., one of the nation’s leading homebuilders, where he assisted in managing more than $1 billion in assets in the Inland Empire region. Stanisai has a strong financial background, having managed an asset-based lending program that provided a capital source to exclusive clients for NACC, Inc., a division of Tyco International.

Stanisai earned a bachelor’s degree in psychology with a specialization in business administration from the University of California, Los Angeles. He lives in Irvine with his wife, Melissa, and their daughter. 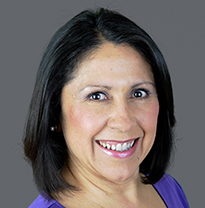 Geisler’s breadth of experience includes preparing financial statements pertaining to multiple aspects of organizations in accordance with generally accepted accounting principles; direct supervision and staff assembly of large departments; evaluation and presentation of all possible financing opportunities; and management of the due diligence process for real estate acquisitions and dispositions by coordinating with real estate brokers, attorneys, lenders, title and escrow companies and consultants. In addition, she has been responsible for the development of financial performance models for new real estate acquisitions and new development projects and the provision of analysis of profitability, cash flow and investment returns as well as recommendations on investment opportunities.

Geisler also has experience with CB Richard Ellis, serving as senior controller for asset services in the firm’s Newport Beach office. In that position, she was responsible for maintaining the integrity, accuracy and timeliness of monthly financial reports on multiple accounting systems for more than 30 million square feet of office, retail and industrial real estate. 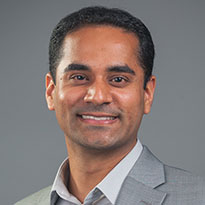 Raj Panchal, Director of Acquisitions at Foremost Companies, has an extensive background in valuation and market feasibility analysis.

Panchal previously served as a director with The Concord Group, a national real estate advisory group based in Newport Beach, California. During his seven-year tenure, he managed over 250 engagements across residential, commercial and hospitality uses, with experience spanning the western United States and select markets on the East Coast.

At Foremost, Panchal is responsible for identifying development opportunities in strategic markets that are expected to drive the company’s growth. He also underwrites new acquisitions, participates in forward planning efforts and assists in the marketing and disposition process.

Outside of the office, Panchal serves as a board member for an Orange County-based non-profit organization and is involved with international humanitarian efforts. He holds a bachelor’s degree in business administration with an emphasis in real estate finance and development from the University of Southern California. 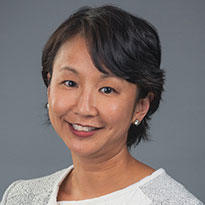 Sakura Davenport, office manager at Foremost Companies, has more than 15 years of experience in the real estate industry.

Before she joined Foremost, Davenport was an asset manager within Bank of America’s OREO West division, where she managed a portfolio of foreclosed assets across the U.S. She was responsible for the stabilization and disposition of those assets, which included both residential and commercial properties. She has also worked as the FAST operations and administration manager for Fieldstone Communities for close to 10 years, setting up numerous new home communities throughout Southern California and Utah within the FAST database and managing processes within the Operations department.

Davenport earned a bachelor’s degree in sociology from the University of California, Los Angeles and currently lives in Long Beach with her husband, Eric, and their two children. 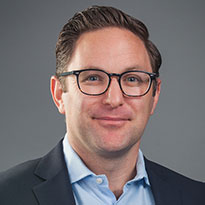 Prior to joining Foremost, Lion was a vice president at PIMCO, where he advised governments and financial institutions on complex, hard-to-value assets and provided trade recommendations on asset-backed securities.

His career began at Lyme Properties, a commercial office and life science developer in Cambridge, Massachusetts, where he worked as a development manager. Lion has also worked at Cambridge Place Investment Management, a London-based structured credit hedge fund, where he specialized in European commercial mortgage-backed securities and oversaw design and construction activity on a pan-European real estate portfolio.

Lion lives in San Clemente with his wife, Jaime, and their three daughters. 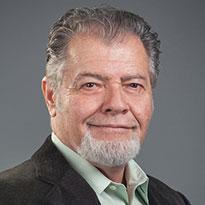 Steve Bradley, vice president of land development, joined Foremost Companies on September 1, 2013. Bradley has 31 years of experience in the Southern California residential and land development industry, ranging from land acquisition to project development and vertical construction of the new homes.

Before joining the Foremost team, Bradley spent the last 23 years building his career at Fieldstone Homes, a Southern California-based home building company with divisions in San Antonio, Texas, and Salt Lake City, Utah, where he held a number of positions, including director of operations for the Southern California division. His roles included responsible managing officer (RMO) for the state contractors license as well as manager of a number of departments from Warranty, Construction Field Operations and Purchasing to Contracting. He was also responsible for supplying the Land Acquisition department with risk assessment and all construction-related budgets during the land acquisition process.

Prior to his 23 years at Fieldstone Homes, he was involved in a number of trades within the construction industry. His career started in the family construction business in Indiana, where he was a masonry and carpentry journeyman before becoming part owner of Bradley and Sons Construction. 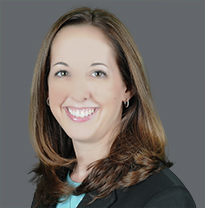 Prior to joining Foremost, McPherson held various roles throughout her career with Standard Pacific Homes, where her responsibilities included project management, office management, information technology, escrow and marketing. As an integral member of the marketing team, McPherson was instrumental in the Inland Empire Division’s rebranding process combining Ryland Homes and Standard Pacific Homes into CalAtlantic Homes. As the marketing coordinator, she was responsible for digital media and the website as well as various aspects of model home merchandising and community advertising.

McPherson graduated with honors from the University of San Diego, where she earned a bachelor’s degree in sociology. She currently resides in Riverside with her husband, Kevin, and their three children. 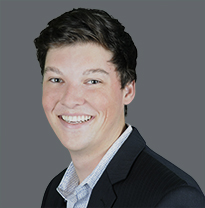 Andrew Strohl currently serves as an assistant project manager at Foremost Companies. Prior to joining the management team, Strohl served as an acquisition analyst on the Foremost Urban platform, where he assisted with deal sourcing, market analysis, underwriting and due diligence management.

While in school, Strohl interned with NPV Advisors, a national commercial appraisal company, in their economics department. Strohl graduated from Chapman University in 2016 with a Bachelor of Arts in economics. Outside of the office, Andrew remains involved with Phi Delta Theta – Cal Phi, as he was a founding father and two-term alumni chair.

Foremost Companies is a premier land investment firm that acquires property in strategic locations to entitle and sell high-quality developments to homebuilders or commercial developers. The company and its affiliates own and/or manage over 12,000 residential lots across California. Foremost is seeking raw land, partially improved land, brownfields and urban redevelopment opportunities at any stage of the entitlement process. Foremost’s urban infill and redevelopment team is specifically focused on Los Angeles and Orange counties in areas with underutilized commercial space. Foremost’s senior management team is experienced in master-planned communities and single-family detached and attached product, including townhomes, stacked flats and podium and tower configurations, as well as rentals, multifamily, retail, office and mixed use.